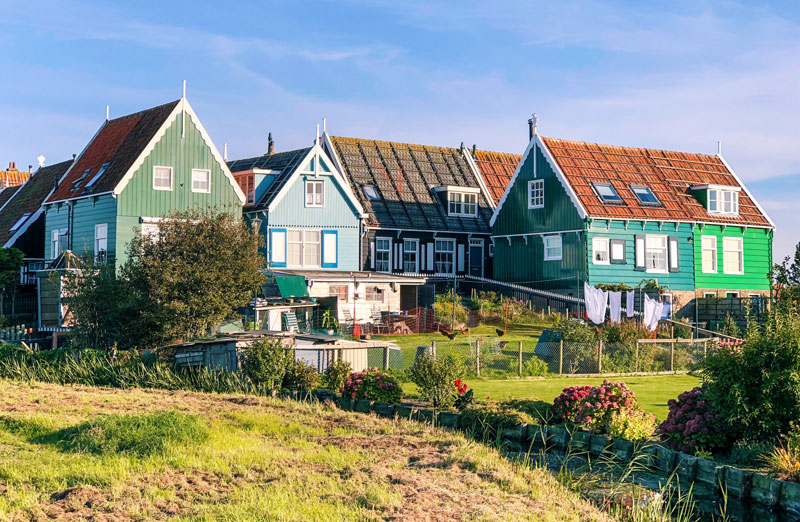 Former island in the Gouwzee

The former island of Marken is located in the province of Noord-Holland on the Markermeer and the Gouwzee. There are several small hamlets on the island that together form Marken. Until the arrival of the Afsluitdijk, Marken was a village and an island in the Zuiderzee. In 1957 a dyke was built between Marken and the mainland, losing its status as an island. The Marken peninsula is nowadays a popular tourist destination within the municipality of waterland. Almost the entire peninsula has a protected cityscape and there are several national monuments. The most famous building on Marken is the lighthouse known as the Paard van Marken. The lighthouse has become superfluous since the arrival of the Afsluitdijk and is nowadays used as a residence. The ferry service between Marken and Volendam is very popular with tourists.