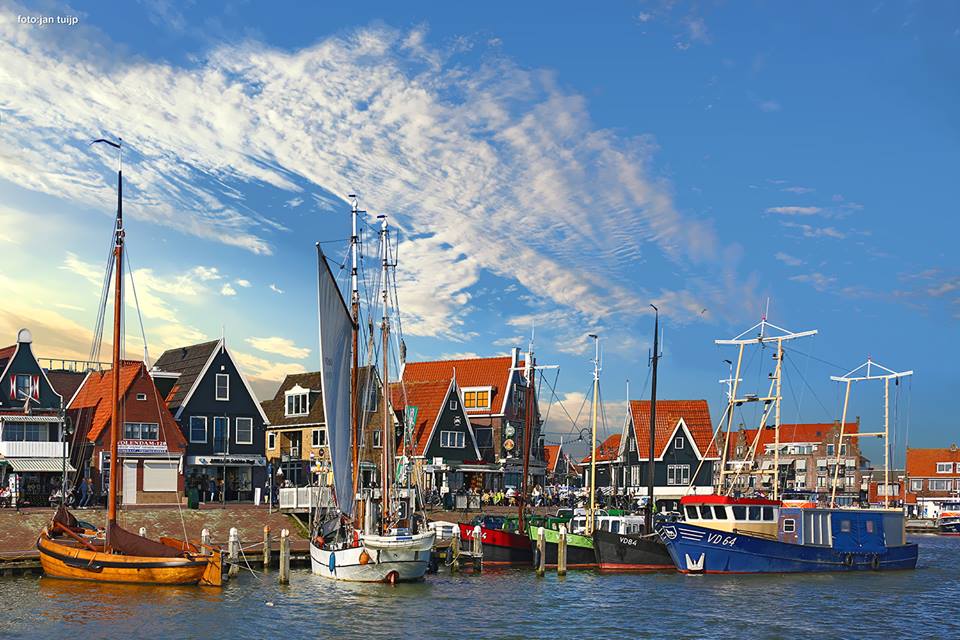 Volendam was originally called Folle(n)dam. Originally here came the river IJe or E in the Zuiderzee. In 1357 the people of Edam dug a shorter connection between the Purmer Lake and the Zuiderzee. A dam was then constructed for the old port of Edam and the old port was closed; hence Follendam. This is how Edam got a new port, the Oorgat. Soon farmers and fishermen settled here. Some earthworkers also remained behind in the newly created village after the excavation was finished.

In 2019, Volendam will be a place with around 22,505 inhabitants. Tourists visit the village in search of historical costumes and fishing boats. They also find souvenir shops at the harbor and a boat that takes them to Marken. And a population that distinguishes itself from the rest of the Netherlands in terms of customs through a distinctive dialect, the Volendams. In addition, Volendam has historically been a Roman Catholic village in an otherwise mostly Protestant environment.
Volendam became world famous through the many paintings that were painted in Voldendam by guests of Art Hotel Spaander. Another famous export product of Volendam is the so called “eal sound” a Dutch music movement.