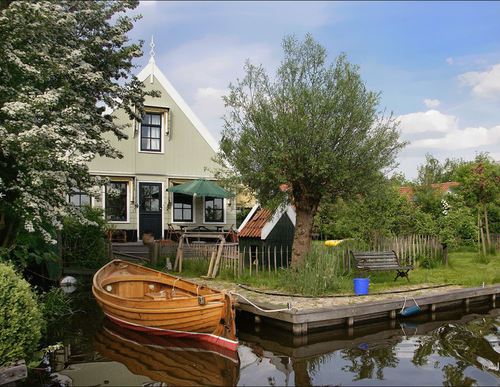 The oldest village in the municipality of Waterland is Zuiderwoude, which lies south of Monnickendam. In the 16th and 17th centuries ships sailed to and from Suriname and the village was almost twice as large as today. Due to the great animal plague in the 18th century, in combination with rules that Amsterdam imposed on the village, the village fell into disrepair. This small core of Waterland is very beautiful to see. The historic farms, surrounded by water and meadows, give the village a picturesque appearance. The heart of Zuiderwoude is the reformed church, which was restored in 2004. This can also be viewed by appointment. It is wonderful to explore the village on foot, but there are also various cycling and sailing routes through the area.